The Fault in Pas’ “Spirit of Pakatan”

UMNO might not be a party of two million saints devoid of mistakes and miscalculations but one thing they are good at is making sure everyone in the party toe the party line. Even the recent threat of collapse of the Terengganu government was diffused within a few days. Many theories have surfaced on how Prime Minister Dato’ Seri Mohd Najib with the bargaining chips at his disposal managed to win back the support of Ahmad Said and his men and a lot of the same can also be said of PKR and their resources.

I like calling the current Selangor Menteri Bear crisis The Selangor Debacle. This project of PKR’s Strategic Director, Rafizi Ramli is proving to be disastrous to his own credibility, and that of Pakatan Rakyat’s. This little tinkering in the plan of making Dato’ Seri Anwar Ibrahim Prime Minister started by the “minimal impact” of having a PKR assemblyman resign and give up the fat salary given to a Selangor assemblyman, have the Elections Commission mobilise a few hundred workers to conduct a supposedly innocent by-election so that a few thousand Kajang voters could elect Anwar Ibrahim as an assemblyman and possibly the new Menteri Besar of Selangor.

Eight months into this project, Anwar is not even an assemblyman, PKR has lost the Menteri Besar of Malaysia’s richest state, three executive councilors, the trust of its ally, Pas; and most importantly the empathy of thousands of Selangor voters who don’t appreciate seeing themselves being dragged into this debacle.

I can safely assume that many Selangor voters are also not pleased with the instability plaguing the government they voted in. I have been receiving WhatsApp messages from fence-sitting acquaintances regretting the box they ticked on the ballot last year and at least one hardcore Pas member vowing to at least cast a spoilt vote in the next election in protest of this “betrayal”.

I might only be a layman in politics but it very much seems that Selangor voters want a Pas-led Selangor government. What is the use of ballots if it’s not for millions of people to choose within a constraint. You can’t hold a referendum asking every single voter who they want as Menteri Besar- Khalid Ibrahim, Iskandar Samad, Noh Omar, or “anyone whom Anwar Ibrahim deems fit”. It’s just not within the state constitution.

What is within the constitution is for the Sultan of Selangor to appoint a Menteri Besar, an assemblyman whom His Royal Highness believes commands the majority support of the state legislative assembly. Within the constraints of an election, the most that the rakyat can do is to vote in as many assemblymen as possible from a party whose ideology, policies, and practices appeal to them.

To respect the practice of democracy — in 2004, 1999, 1995 and many years before that the rakyat chose Barisan Nasional and nobody had the right to ridicule and condemn them for their choice.

To respect the practice of democracy — in 2008 it was PKR who were voted in and so Tan Sri Abdul Khalid Ibrahim was appointed Menteri Besar by virtue of representing the voters who voted for him and the party with the most seats in the coalition.

To respect the practice of democracy, the rakyat of Selangor voted mostly Pas and DAP candidates into the Selangor state legislative assembly.

Within the provisions of the state constitution, the Sultan of Selangor has half the say in appointing members of his government. This is the beauty of a constitutional monarchy. Both monarch and subjects have to agree on appointing a government. We have seen in the past, absolute monarchies being overthrown and replaced by republics only for the people to kill each other ultimately because the people are not really sure what is good for them.

In a constitutional monarchy such as the one practiced in Malaysia, both people and monarchs have to unanimously agree on what’s good for them leaving little room of abuse for either monarch or people.
In the outcome of the 2008 election in Perak, the people voted for a loose DAP-PKR-PAS coalition to form the government. Although DAP had by far the most seats in this coalition that would later be called Pakatan Rakyat, the Sultan of Perak exercised discretion provided to him by the state constitution to insist on a Muslim Menteri Besar and the most qualified one happened to be from Pas.

His Royal Highness’ wisdom in this I assume, was that there was definitely going to be a lot of animosity from the ethnic majority if they were to be governed by an ethnic minority group who had yet to earn their trust. Most of the Malays had voted for Barisan Nasional and if history tells us anything, ethnic sensitivities must be handled delicately. A five year experiment was not worth the risk. The mindset of a society is an evolving variable and at that point of time, the ethnic majority had yet to be able to accept a DAP Menteri Besar. The late Sultan was fair, compensating DAP with most of the executive councilor posts.

My point in explaining the outcome of the Perak elections is to justify the provision in the Selangor constitution where the Menteri Besar must be one of Malay descent as Selangor is a Malay state with a Malay ruler. As DAP lacked a Malay assemblyman, it is Pas who deserves the Menteri Besar post as that is what the voters of Selangor asked for when they cast their ballots in May 2013, voting in 15 Pas assemblymen.

Pas refused to nominate any of their own as Menteri Besar citing the “Spirit of Pakatan” as the reason. PKR warned Pas not to nominate any Pas assemblyman as Menteri Besar claiming it is theirs because they had “given” Pas the Menteri Besarships of Kelantan (where Pas has 32 seats as opposed to PKR’s single seat), Kedah in 2008 (Pas’ 24 to PKR’s 10), and Perak in 2008 where PKR and Pas had no choice but to ultimately leave the choice to the Sultan as PKR failed to produce a single capable assemblyman.

Why must the privileges of the people of Selangor depend on the privileges of others as if policy and ideology is an exhaustible commodity like oil and gas? Unless Pas’ ultimate and most important objective is to make Anwar Ibrahim the Prime Minister of Malaysia, they should not even bother to contest a single state seat in Selangor if they’re telling the people that they can never have a Pas Menteri Besar. Pas could have 55 seats to PKR’s one and Selangor would still have a PKR Menteri Besar because in 2008 PKR had “given” Pas Kelantan, Kedah, and Perak.

Selangor to a certain extent is a sovereign state with its own people, monarch, identity, laws, land, and resources and none of it deserves to be beholden to what other people get or do not get.

I would call this “Spirit of Pakatan” policy nothing short of an insult to Selangor voters such as myself. I call upon Pas to listen to the people of Selangor, to respect the people of Selangor and nominate one of their own as Menteri Besar of Selangor. If Pas believes that alliance with PKR is paramount to the wishes of the hundreds of thousands of their voters in Selangor, Pas should not even bother contesting any state seat in Selangor in the next elections. 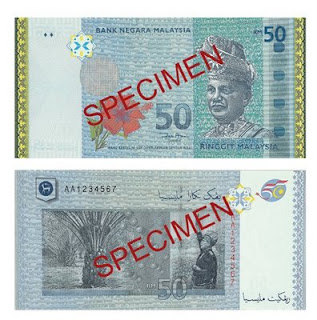 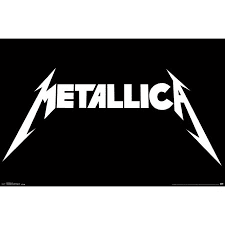 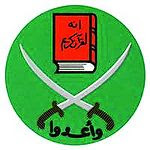 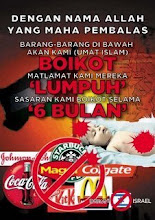